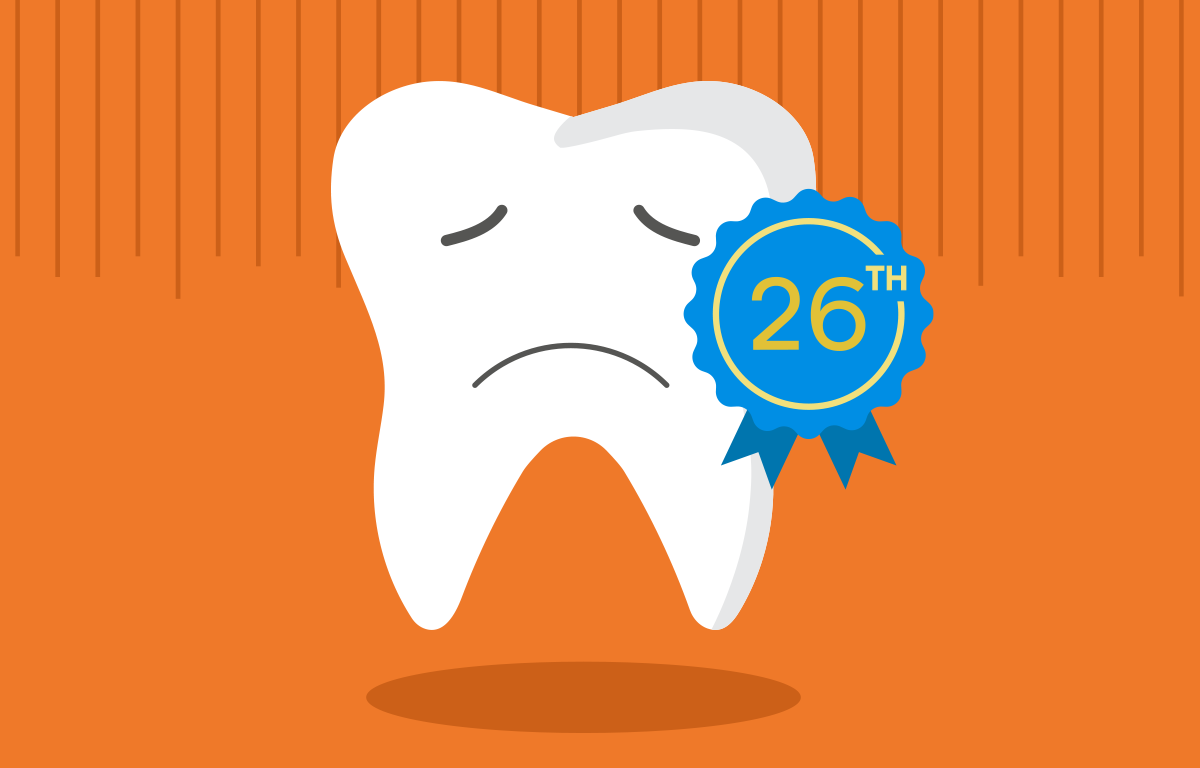 While there is no dental care ranking for Nashua as a city, WalletHub did release some state-level rankings based on a twenty-six metrics. What they found was that New Hampshire is ranked at twenty-sixth place (with one being the highest).

The simple answer is that the lowered rank was a result of the other metrics dragging it down, namely rank of thirty-two in oral health metrics.

While an issue such as this one is usually complex, with multiple factors involved, there’s at least one factor that stands out that could explain the below average oral health in New Hampshire. Most residents do not have access to fluoridated tap water. This includes many of the residents of Hillsborough county and Nashua. While this is only one factor, it can be a very big one as we mentioned in the past.

But just because there’s no fluoride in the tap water doesn’t mean you should go without. Bring up concerns you have regarding fluoride to our dental team and we’ll work with you to find what might work for you.