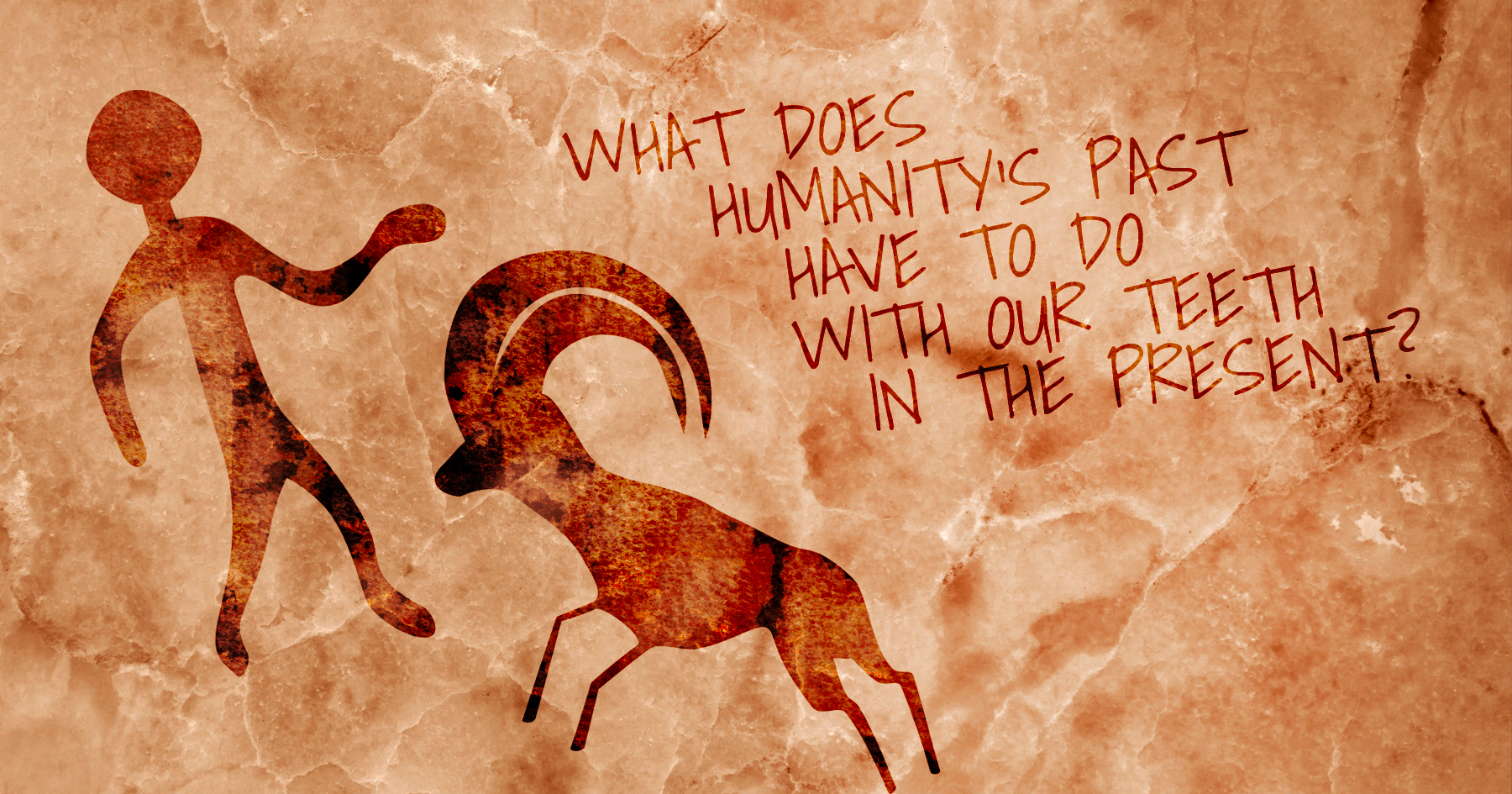 Ever think back to Neolithic times, when humans were hunters and gatherers, and wonder what the human body looked like? How about what our teeth looked like? Did our ancestors have to worry about their oral health as much as we do now?

According to research conducted at the University College in Dublin, Ireland, “hunter-gatherers experienced almost no malocclusion (misalignment or incorrect relation between the teeth and the two dental arches) or dental crowding,” but this became increasingly more common 12,000 years ago in the farmers of Southwest Asia.

In this study specifically, the “lower jaws and teeth crown dimensions of 292 archaeological skeletons from Levant, Anatolia, and Europe, from between 28,000-6,000 years ago” were analyzed to see how our jaws changed. They found that the hunter-gatherers’ teeth were “in perfect harmony” but that began to change as humanity became a farming culture.

The hunter-gatherer’s meals were all based upon “hard foods” whereas the farmers ate more “soft foods.” Hunter-gatherer communities survived on uncooked vegetables and meat. Farmers ate legumes and cereals. One may think that the harder foods would have caused more issues rather than the soft ones, but in fact it was actually vice versa! When chewing the softer foods, there was less of a need to chew thoroughly, which caused the jaw size to lessen while teeth size stayed the same. And when that happened, we lost proper spacing for our too-big-teeth and malocclusion became a side effect of our cultural change.

Today it is stated that dental crowding and malocclusion affects 1 in 5 across the globe. It’s quite amazing that we are still dealing with the decisions of our Neolithic ancestors in the modern day!