Looking at Nashua From a Different Point-of-View 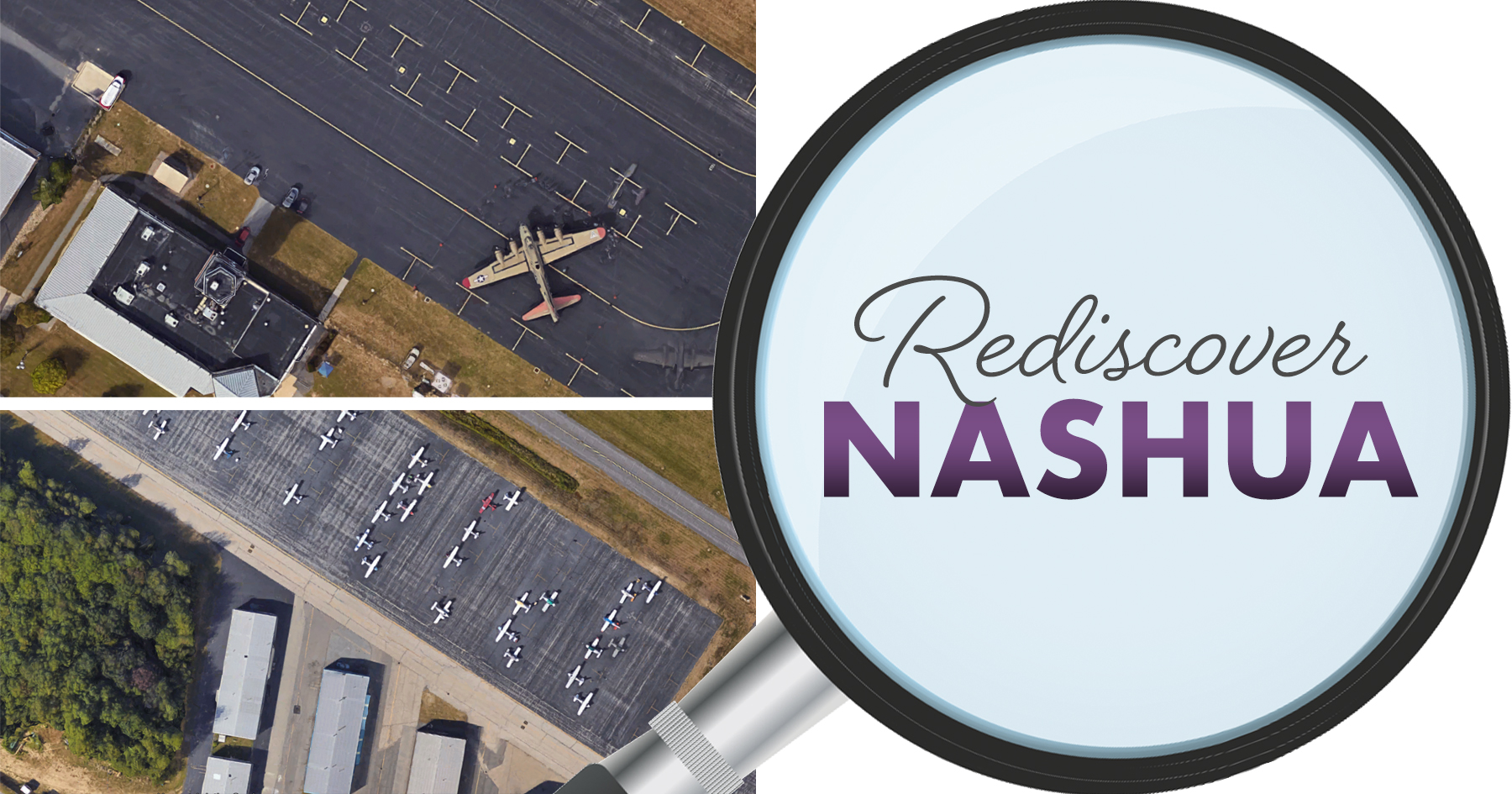 It may be easy to fall into daily routine, seeing the same parts of Nashua on a regular basis. Whether it’s shopping for groceries, going to work, or going to the dentist’s office, people often have certain routes they take, not getting a chance to see the rest of Nashua. These satellite pictures, however, may show that there might be more going on in Nashua than first meets the eye. Hopefully they inspire you to walk or drive around the city, exploring what it has to offer.

Just under a year ago Nashua hosted a one-of-a-kind aviation event. Restored aircraft from World War Two visited the city, giving people a chance to fly in these relics. It just so happens that satellites flew over and captured pictures of this historic event. Along with that, here’s a bird’s-eye view of the rest of the Nashua Airport. Do you own a plane? Can you spot it? We talked about planes, but what about trains? Nashua isn’t known for it’s trains but there are actually freight lines going through it. There have been suggestions of using the freight lines for commuter trains as well. Some estimates say that light rail trains could be sharing the track with freight trains as early as 2023. The rail runs along the Merrimack river passing all sorts of sights, including this golf course in Hudson. If we talked about planes and trains in Nashua, let’s finish off by talking about automobiles. Here’s something you wouldn’t necessarily catch on the ground. These donuts and figure-eights streaked into the parking lot stand in contrast to the parking lot adjacent that’s in complete disrepair. We here at Nashua Dental Group hope that we’ve been able to inspire you to explore more of the city’s space, history, and events.