This December, step back in time with a trip to the Abbot-Spalding House Museum. Leave 2015 behind and learn about this fascinating landmark’s place in Nashua history. 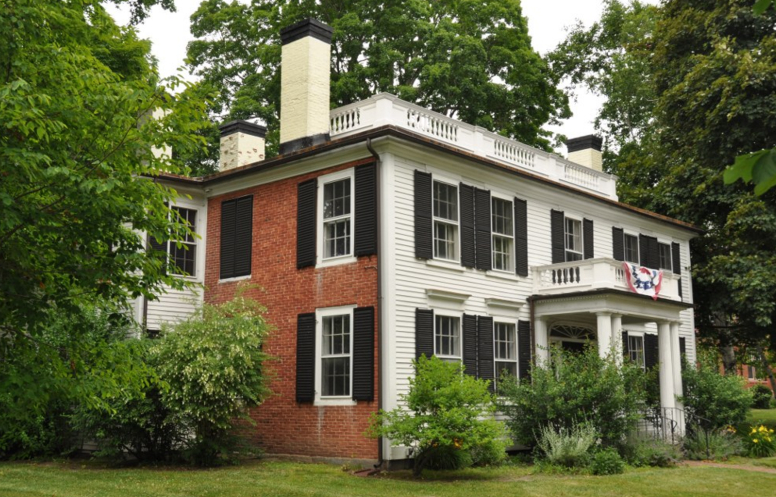 By User: Magicpiano (Own work) via Wikimedia Commons

The Abbot-Spalding House is a museum located in an early 19th-century house. The Nashua Historical Society has owned the museum since the late 1970s. Prior to the purchase, though, many prominent Nashua individuals and families lived in the renowned residence over the decades:

The two-story home looks a bit different in 2015 than it did in 1804. Designed in the Federal Revival style, the Abbot-Spalding House Museum boasts newer Colonial Revival-influenced additions. These include several windows, a roof balustrade, a portico and a number of other architectural details. A rear addition was built in the Greek Revival style. The impressive structure earned a spot on the National Register of Historic Places in 1980.

The house’s interior and exterior have undergone renovations. However, much of the original woodwork and cabinetry in the Abbot-Spalding Museum House, as well as later additions, remain intact. China and glassware belonging to the Spalding family still grace the home. The Spaldings were the home’s last residents until Miss Sylvia Spalding sold it to the Nashua Historical Society. The museum is located at the following address:

If you’re interested in exploring local history this December, be sure to include the Abbot-Spalding House Museum on your itinerary. As home to area dignitaries, it was the scene of many important gatherings. The house itself is also an attraction, both for architecture buffs and those who love the romance of bygone eras. Whether you’re a fan of a particular architectural period, want to learn more about Nashua or would like to escape the madness of 2015 for a while, you’ll love this unique local gem.